Sharing an obituary, along with a screenshot and some photos. I only got to know her later in her life, but I am glad for the time we had. 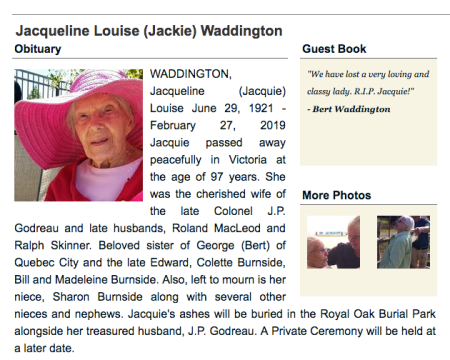 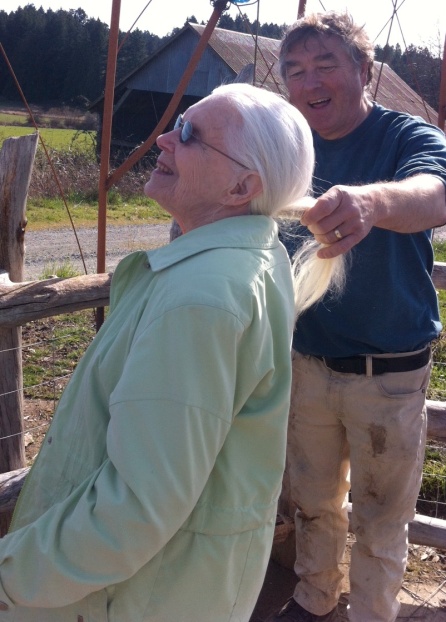 A new “about” video from KidCareCanada

Just an update that I’m still working with KidCareCanada and I’m happy to share this new one-minute “About” video that showcases the new website.

I have work in Canmore Alberta now! At a great gallery called “Fallen Leaf”

Life in Love with Art, Two Artists; One Household

Billie Holiday wrote a song with a title that I just had to use for my new piece! “I gotta right to sing the blues.”
My glass on glass mosaics and Deryk’s paintings will be part of an event on February 8 at the Art Gallery of Greater Victoria, along with the work of several other couples and we’re all going to talk a bit about ourselves.
Here are the details:   https://aggv.ca/events/life-love-art-two-artists-one-household/

It’s in preparation for Valentine’s Day – so attendees can find out what it’s like to be two artists in a relationship. Hopefully none of the couples will share anything as sad as the song that inspired my glass piece. 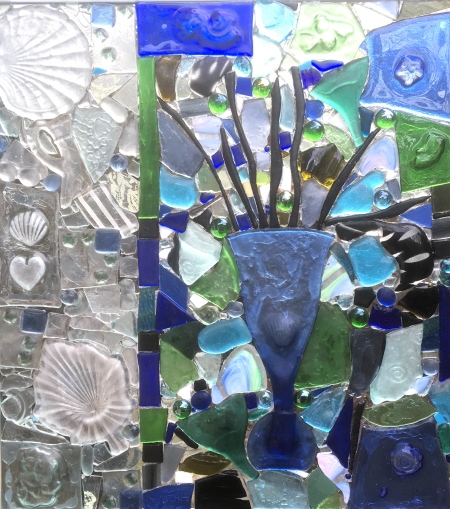 I gotta right to sing the blues 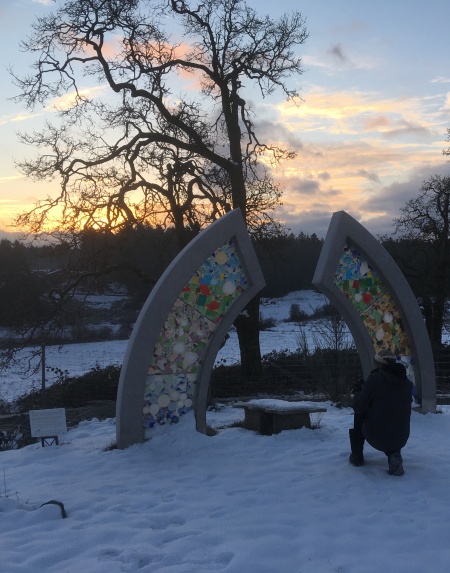 Some leftover snow and lots of hairy frost made this morning special!

So many wonderful things at Woodwynn Farms lately – the market is thriving, the Peace Garden has irrigation (thanks to UVic students who acquired a grant and did a LOT of work!) and, well, the picture above might be related to the collection of water but I think it must be that Deryk has joined SETI and is trying to hear that message from ET!

I don’t really want to say much about these photos. The rural scene was taken during the drive home from Woodwynn on Thursday – less than half an hour from town.  The screenshot of Deryk’s Facebook posting is from earlier that same day – in the middle of downtown. 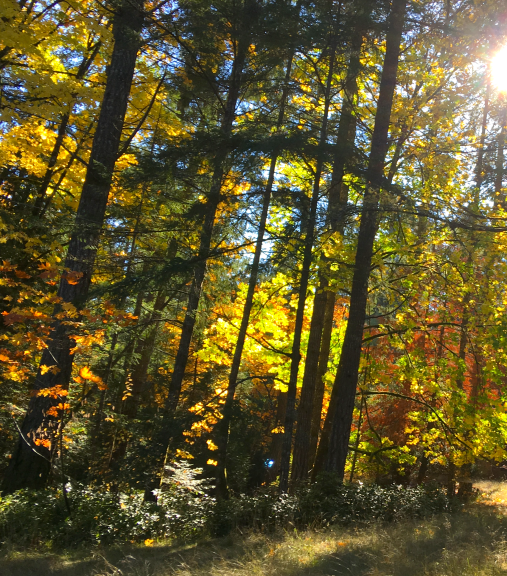 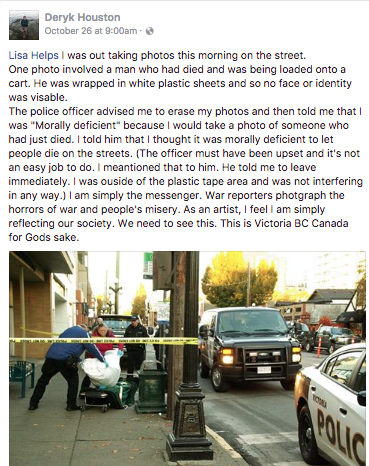 Smoke in the air This is how it looks these days. In the middle of the day. Wildfire smoke from hundreds of miles away drifts over to Vancouver Island and what should be a bright morning is a dull murky surreal kind of experience. Our hearts go out to those who are experiencing worse.

That being said, the Woodwynn Peace Garden is in good shape – we had a great volunteer party yesterday from St. Andrews School. These folks tackled all kinds of tasks and helped us feel that the overwhelming fall cleanup is not going to be so overwhelming after all.

(photo is altered because I didn’t ask permission from the volunteers.)

We harvested a lot of sage, so more herb bundles are forthcoming! It’s gratifying to see how tidy the labyrinth looks after the trim and removal of weeds. Also wonderful to have the fragrance in our home when we work with the herbs we have gathered.

The sage has been trimmed several times over the summer – it came back really well around April after a serious cut-back in late January- early February. I know this from my iPad photos. Thank goodness they are date stamped! Lavender and Poppies were beautiful in mid-June. We started collecting poppy seeds in early August and there seemed to be about 2 or 3 weeks to harvest these as the pods didn’t all form at quite the same time. We definitely left some to self-seed, as they did last year after first arriving all on their own – well actually likely with the help of birds! Thank you birds!!

The lavender had been cut way back in the fall. We harvested lavender from about early July till the end of July and were perhaps a bit late with some of it. There’s some second growth right now – so we have a bit of everything including a dozen or so plants that we didn’t harvest earlier and are now cutting to collect the seeds, which seem pretty abundant.

The four stages of lavender – buds (probably a bit early to harvest as dried flowers but okay for culinary use, to dry for soap, etc.), flowers ready to harvest for dried arrangements, flowers at the point when they’ve really been left a bit too long to harvest – and seed pods!

I realize how much value there would be in really keeping a log of farm events. This blog could serve the purpose if I was a bit more dedicated to it 🙂

Right now, early September after a very dry summer, it’s of note that the sage and lavender has survived with watering basically every other week (the trough of sage needed weekly watering or better but that’s to be expected since it’s quite shallow). The apple trees, blueberries, kiwis and strawberries really needed weekly watering and in general they got that.  We know we have some serious learning to do in order to prune the apple trees to allow apples to form in the best possible way. And we’ll be training the kiwis for the first time this year – they are ready to have wires to follow along the sides of the arbor.

All in all – it’s been a summer of hard work and lots of reward!

And there will still be weeds to pull till we get to the hard winter. That is to be expected and as along as we more or less keep up, it is manageable. 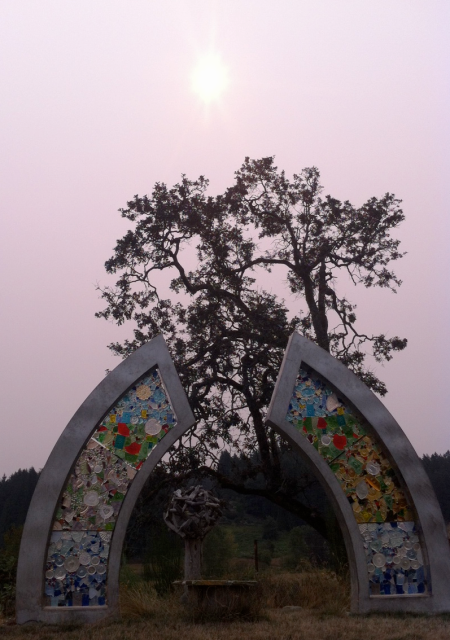 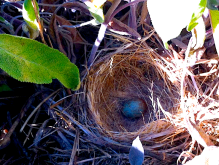 It is incredibly beautiful right now. And especially satisfying to be harvesting products, like bundles of herbs, for the market! 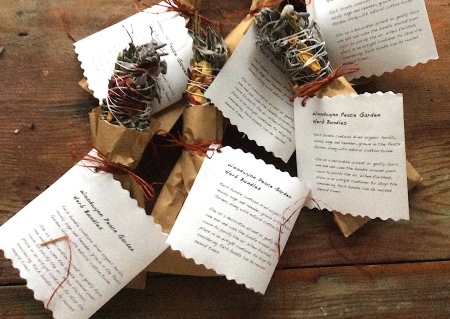